Again?! Yeah again, another Chinese Cuisine, but this time it was Chinese Muslim restaurant.

Restoran Haji Sharin Low Grand are very well known restaurant that served Chinese Muslim Cuisine. According to the paper cutting that they hang at the restaurant wall, they already have 7 branches in Malaysia. So, this one in Ipoh was one of their branches and I think they had made a good decision, coz Ipoh have quite a big Chinese community, and I presume that there are a lot of Chinese Muslim folks here and a pure Malay Muslim like me who’d loves to have Halal Chinese food~ 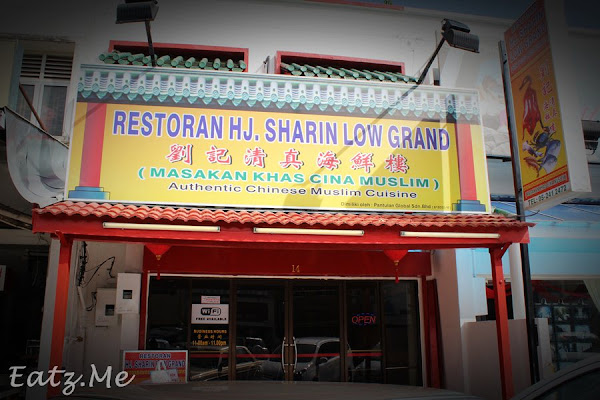 This restaurant is worth to be review because to me, this restaurant is gooood~ I’m impressed with the menu they have, very big menu until I dunno which one I should eat that day, haha. *It’s a complimentary btw*. But don’t worry, I’ll give you some recommendation later, based on what I’ve tried lah.

Okay, let’s just go on with my view on this restaurant:

Food: I just love my food! I ordered for their Roasted Duck (Itik Panggang) with rice and falling in love with it~huhu. So for anyone who are searching for Halal Roasted Duck, this restaurant is the right place. For other food that we ordered, some taste good and some are normal only. Look at the photo caption below to know which is good, which are not.

They have wide choices of food in the menu, if you know what to order then it’s okay, but if you are in your first time, it’s quite confusing. Maybe you will just ask for some recommendation from the waiter or just try for their Special-menu-of-the-day. On that day, I tried for their Roasted Duck because I saw it on whiteboard they put in front of their restaurant. 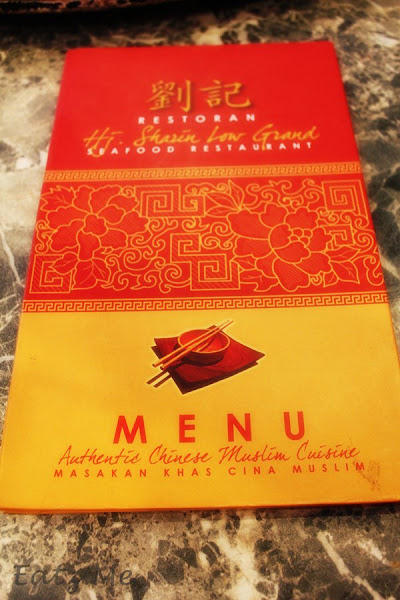 They also have Lamb Kut Teh which is a Halal replacement of Bak Kut Teh where originally it is obviously not Halal because ‘Bak’ means Pork. So in this restaurant, they replace Pork with Lamb instead. HOWEVER, I forgot to order it because I was too excited with the Roasted Duck!! urgh~Nevermind, maybe next time, huhu~

Price: Affordable, but a bit pricey (For me). For the Roasted Duck, MYR 13 per quarter. I think for this, it really worth it because it was quite rare to get Halal Roasted Duck in Ipoh plus the food also good.

But for other food like Belacan Fried Rice, MYR 7 is just overpriced for me~huhu. Same with Mee Hoon Prawn Ball which is MYR 10 for a food like normal Fried Mee Hoon taste, except they have big Prawn in it. For a positive thinking, maybe they put some special spices in the food, that’s caused the price.

Environment: Comfortable, Air-conditioned dining hall. Have big round table which can have 10 people eating at one time for family dinner. 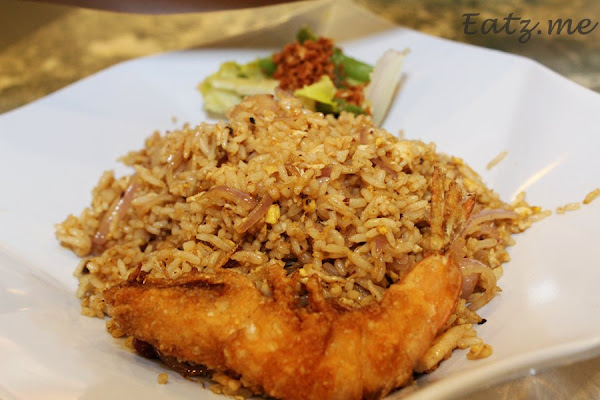 My Dad, being quite conservative again, ordered Belacan Fried Rice. Taste so-so only. 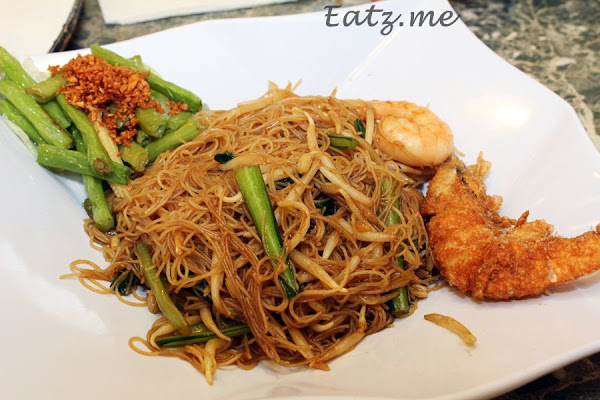 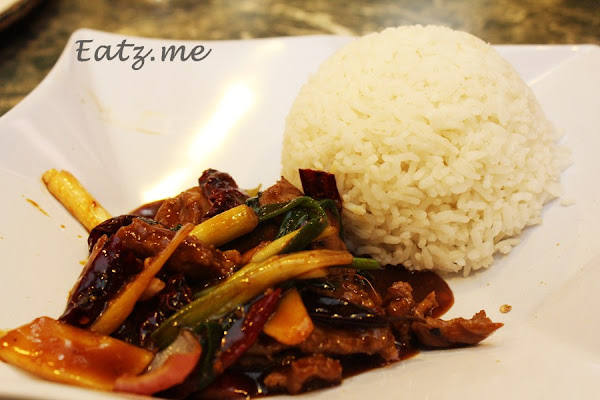 Kong Po Beef with Rice – Now, that’s more like it. Taste quite nice. 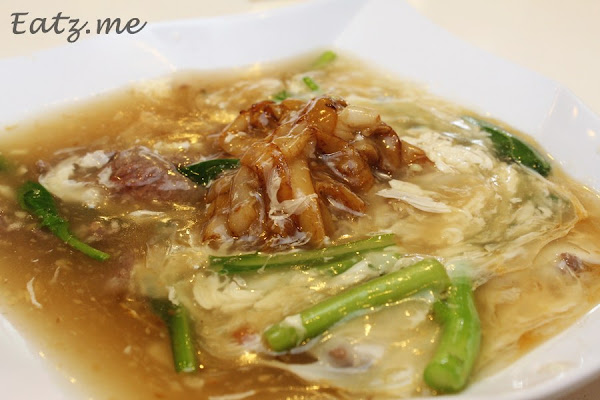 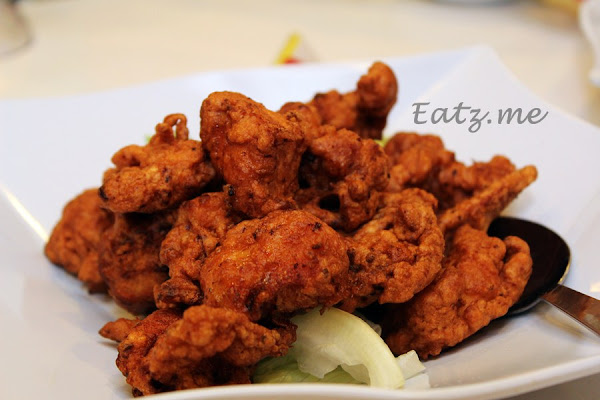 Lam Yee Chicken. Taste like Popcorn Chicken with some special spices in it. Taste quite good. 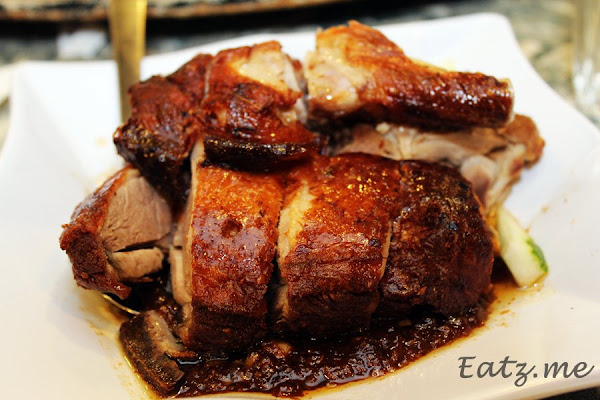 Okay, this is what I want to highlight in his post, Halal Roasted Duck!! <3 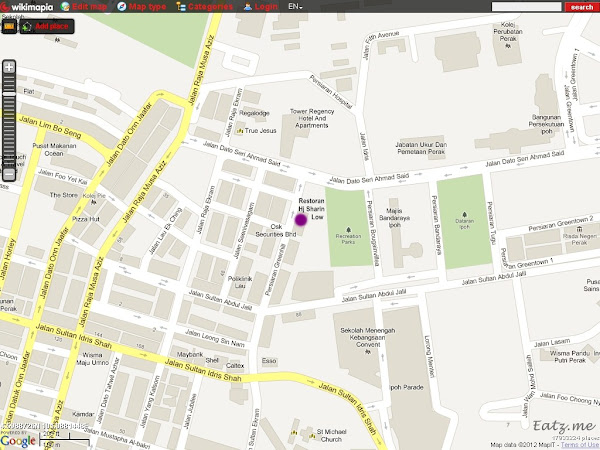 Address: No. 14, Persiaran Greenhill, 30450 Ipoh, Perak. This restaurant have their branches in Shah Alam too~

That’s all, thanks for reading!! I would love to hear some comment from you~ ^_^

Theme by Anders Noren — Up ↑